Are Cashew Nuts Healthy?26 August 2020Next

What is the Healthiest Nut?02 September 2020 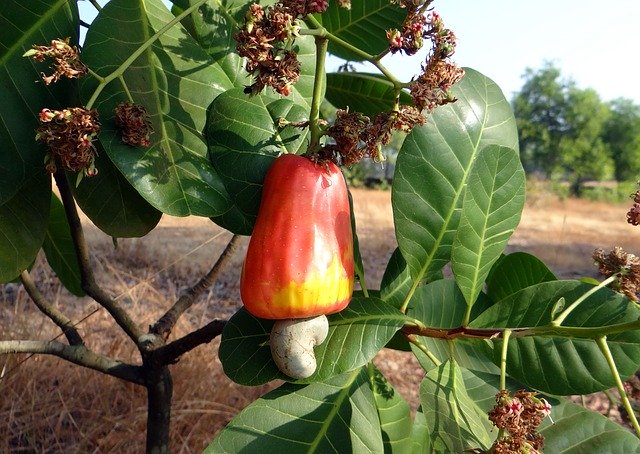 Cashew nuts are a healthy, satisfying and completely natural snack. But where do they come from? Cashew nuts are the fruit of the cashew tree, an exotic tree now in many areas of the world but originating in Brazil, India and South East Asia – where the tree can grow and thrive in tropical climates.

The cashew apple is harvested and used by locals to make jams, curries and juice. Whilst the cashew apple is edible and has a distinctly sweet flavour, it also has a fragile skin which makes it extremely perishable and so difficult to transport. So, the cashew industry mainly focuses on the seed of the tree, called cashew nuts.

Cashew nut shells are attached to the bottom of the cashew apple, both of which form fully in the dry season. When it comes to harvesting cashew nuts, they are twisted and removed from the apples – usually by hand. If they are super ripe, the nuts will detach themselves and fall to the ground.

The edible meat of the cashew is surrounded by a thick shell which is a potent source of a toxic and life-threatening compound called anacardic acid. Roasting cashews at a high temperature removes this compound and allows the cashew shells to open, making the edible nut accessible. The final step is discarding those shells and collecting the cream-coloured, kidney-shaped nuts we all recognise.

Who knew there was such an interesting story behind the super-easy cashew nuts so accessible to us today?

Have you tried activated cashews? We offer some maple and rosemary flavoured ones in 70g bags or in a (30g) snacking portion as a part of the Nutmad healthy snack box. If you prefer unflavoured cashews, you can try them as a part of our activated Nut Mix, they are delicious.